All on-campus activity postponed thru April 13

Each spring, members participate in a vote to affirm new and renewing board nominees and the annual budget. Paper ballots will be mailed out to all members, or you can vote online using the link below. If you have any questions, stop by the Information Center after one of our weekend services and we would be happy to help.

Stan and his wife, Janette have been married for 44 years. They have a daughter, son-in-law and three grandsons that live in East Lansing. Their son, daughter-in-law and two more grandsons live in Phoenix, AZ. Stan & Janette worship at the Cascade Campus and have attended Ada Bible for 25 years.

Janette recently retired as a director of women’s events at Ada Bible. She and Stan have been involved with marriage mentoring for the past eight years. Stan is now serving his second term on the Elder and Deacon board and is a current member of Ada Bible’s Governing Elder Board. Stan and Janette have owned their own business for almost 25 years. Felder Communications Group is a marketing/advertising agency. 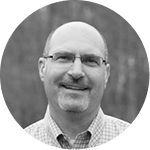 Greg and his wife, Sarah, have two children. Caroline is 16 and Drew is 13. They have attended Ada Bible for over 17 years. Greg has been on the Board since 2013 as a Deacon for two years and as Care Elder this past year. Greg and Sarah are both very active at the Kentwood Campus and have been Greeter team leaders, serving in Discovery Village and in Men’s and Women’s groups. 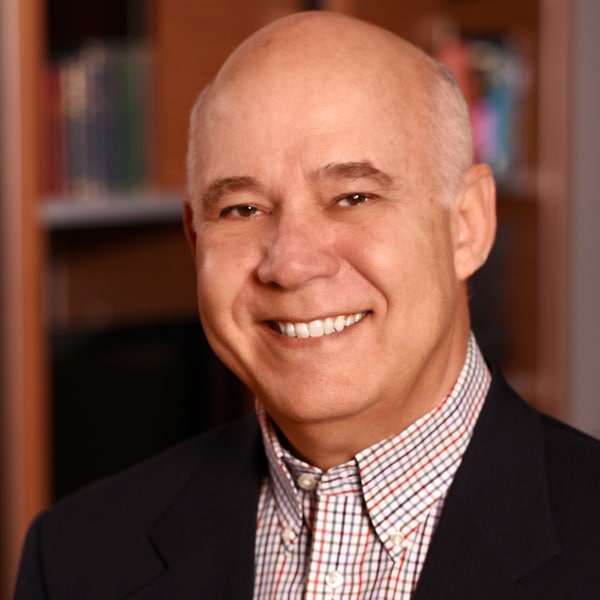 Carlos and Martha have been married for 53 years. They have six adult children and 24 grandchildren, ranging in age from 23 to 4-years old.

They have attended Ada Bible for two years, and respectively lead men’s and women’s small groups. They also serve as volunteers with the East Paris Campus Hospitality ministry. Carlos said, “I am grateful for Martha’s full partnership in the ministry God has called us to at Ada Bible Church.” 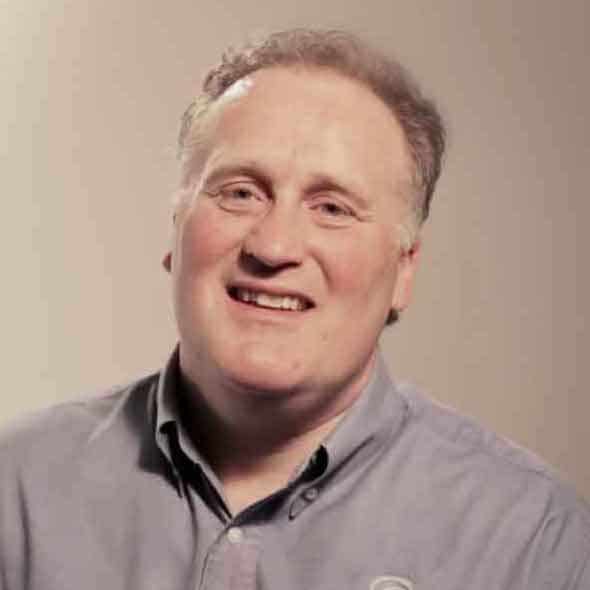 Terry Churches and his wife Gayle have been married for 32 years, and have lived in the Grand Rapids or Alto areas since 1987. They have four children – Linnea, Alyssa, Levi and Colton. Linnea and Alyssa are married and Levi just graduated from MSU. Colton is currently attending Western Michigan University.

They have attended Ada Bible for 19 years and been active in many ministries over the years. Some of these include ushering, Discovery Village, Small group leadership, Men’s Ministry and several more. Terry has been serving as a Benevolent Deacon since 2006, and Gayle is the Facilities Supervisor at the Cascade Campus. Terry has been an Associate Broker Realtor for 20 years and is currently with Keller Williams. 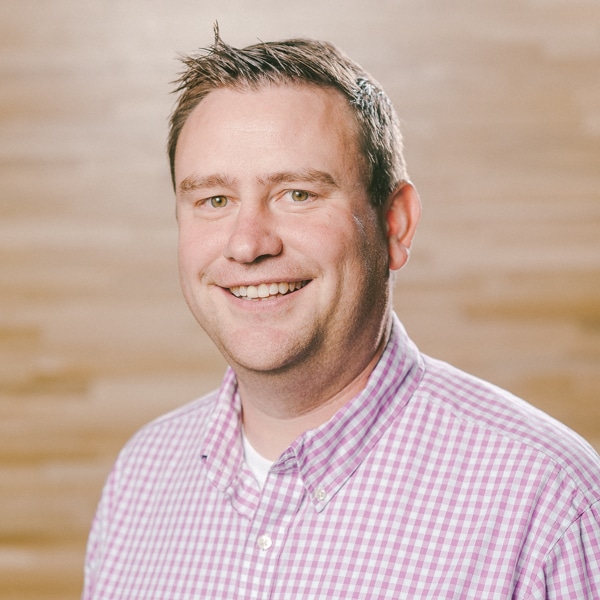 Dan and his wife, Nancy have 2 children, Sophie (Middle School) & Paulie (Elementary). They have attended ABC for 3 years, where Dan serves as the Director of Human Resources.

Dan & Nancy love to serve the church through support and encouragement and are excited to continue to serve at Ada in and even deeper way. 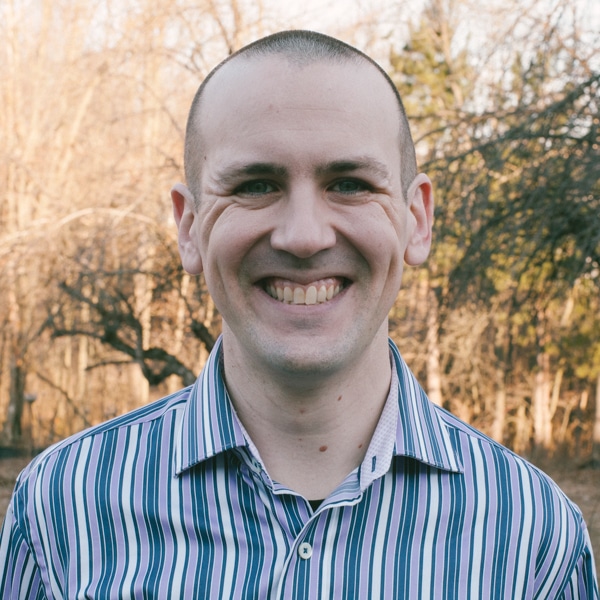 Mark and his wife Lara have been married almost 13 years. They have 2 children: an 11-year-old son, Hayden in 5th grade and an 8-year-old daughter, Sydney in 2nd grade and are currently hosting their 13th exchange student, Riccardo from Italy.

They have attended ABC for 11 years and have been involved over the years leading small groups, men’s groups, have served on the coffee bar, food at funerals and other events. Mark has also served quite a bit in DV as well as played French horn a handful of times for worship.

Mark is employed as Group Fitness and CPR Instructor for MVP Sports Clubs, as well as doing brand expansion for Fortune 500 companies. Lara is a Physician Assistant for ECS. 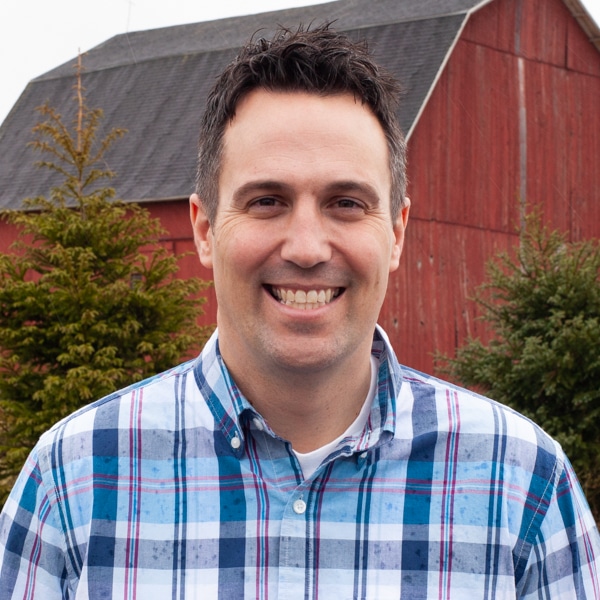 Jeremy and his wife, Marci, have two children, Ben seven years old and Maddie six. They have attended Ada Bible Church for a little over six years. Jeremy is the Kentwood Next Steps Team Leader and Marci serves in Discovery Village. Both have been members of a small group for two and a half years.

Jeremy is enjoying his time in an Every Man A Warrior group. Jeremy is a 5th-grade teacher at Emmons Lake Elementary School with Caledonia Community Schools. 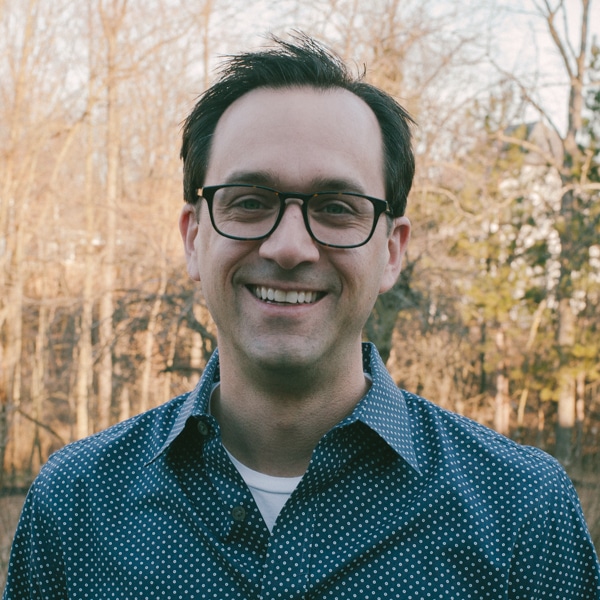 Chris has been serving as a Stewardship Deacon and Maggie serves in Discovery Village at the Knapp Street Campus. Chris is a Senior Vice President of Sales and Marketing and Maggie works as an adjunct professor at Cornerstone University. 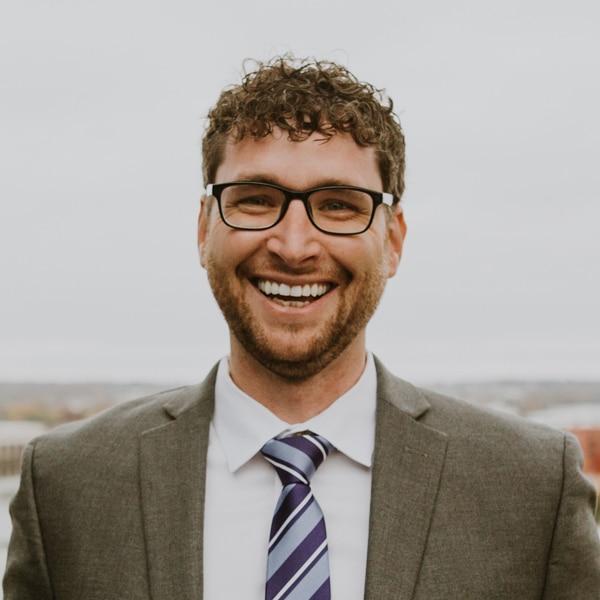 Steve and his wife, Amy, have 4 children. They have attended Ada Bible Church for 15+ years and have been involved with many ministries throughout the years. Amy worked in Discovery Village and Steve has lead men’s small groups.

As a couple, they have lead couples’ small groups and were supported by Ada Bible church while they served on Grand Bahama Island for 4 months. Steve is currently employed as a realtor at Steve Volkers Group and business consultant with Berkshire Hathaway. 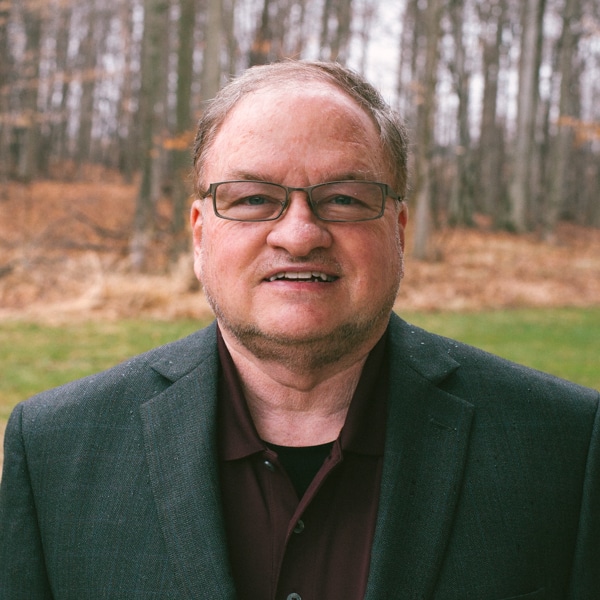 Mike and his wife, Debbie, have five children and six grandchildren. They live in the Caledonia area and have attended Ada Bible Church for almost five years. Together they co-lead a couples small group.

Mike is leading an Every Man A Warrior small group and Debbie has been involved in the Missions Ministry. Both have been involved in teaching/leadership roles and music/drama ministry in previous years. Mike is self-employed as a consultant, primarily working with churches. Debbie is an ESL teacher at Grand Ledge Public Schools. 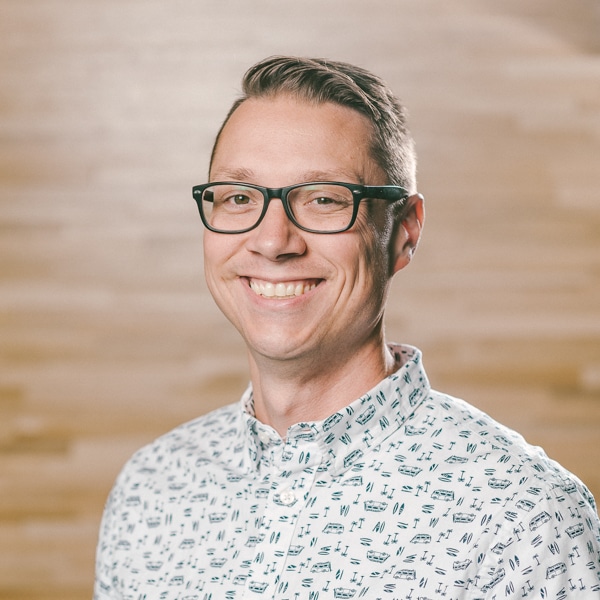 Aaron and his wife, Katie have been married for 16 years. They have 5 children. They have attended ABC for 10 years.

Aaron has been on staff with student ministries for 10 years and preaching in our weekend services for the last few years as well. Katie serves regularly in Discovery Village at the Kentwood Campus. 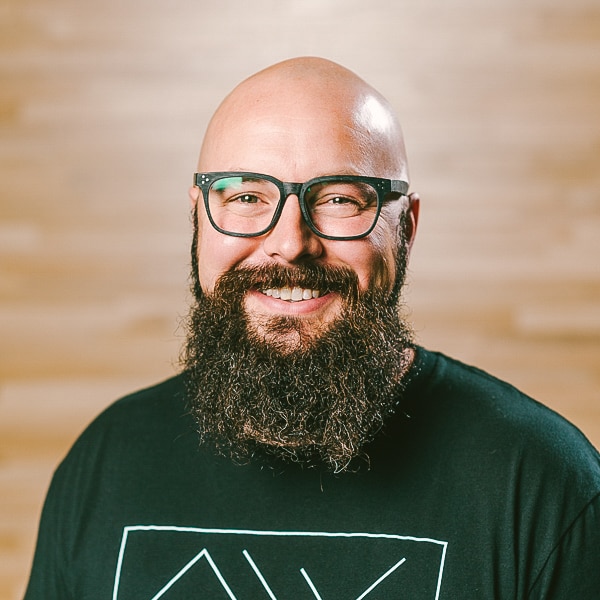 Brad and his wife, Amy have been married for 14 years. They have 3 boys, twins who are 11, and their youngest who is 8.

They have attended ABC for 10 years and work with UNION the ministry for young adults and young professionals. Brad loves helping people connect with God and each other as they navigate through this pivotal season of life. 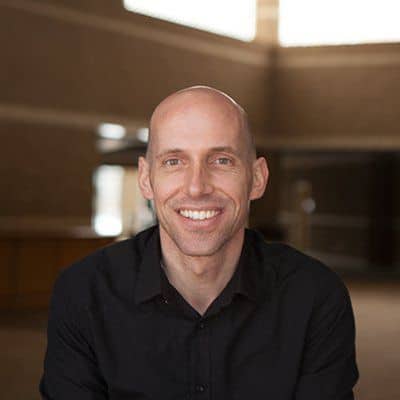 They moved from Northern Colorado to be a part of the church staff in 2013.  Rich is the Weekend Experience Director and Ash is the Director of Worship. They love being on staff and all that God is doing through Ada Bible Church. 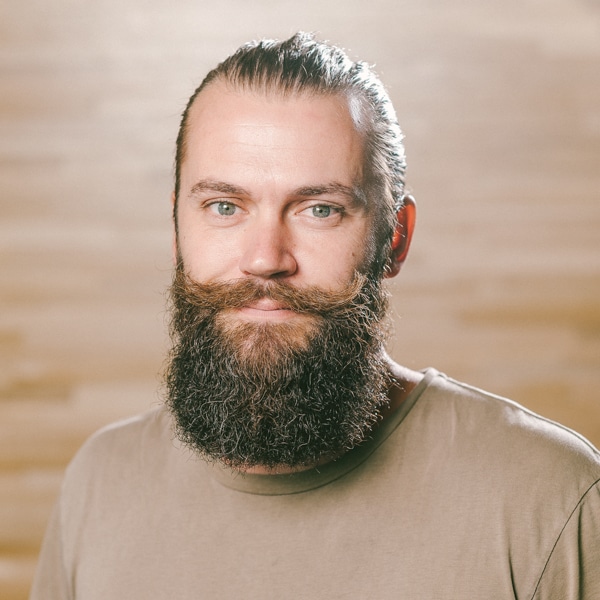 Kyle and his wife Elizabeth love being in ministry together. Elizabeth homeschools and is a Michigan State Spartan fan. Kyle is a fourth generation pastor and loves shepherding Gods people as the Pastor of the Cascade Campus.

He was born in Ohio, so he enjoys Buckeye football. Their family hits the beaches of Lake Michigan as much as possible. They are pumped to be raising their family in Grand Rapids at Ada Bible Church. 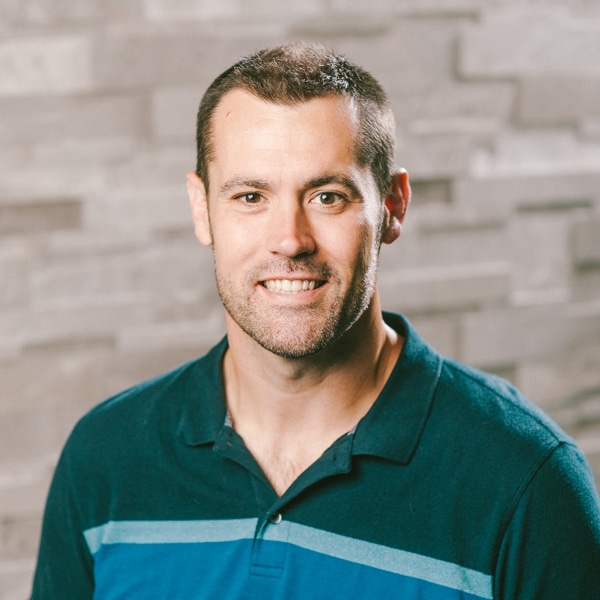 Ben and his wife, Allie have been married for 10 years. They have 4 children ages 7, 5, 4 & 3. They have attended Ada Bible for almost 5 ½ years and have been involved with the Men’s Ministry and Small Group Ministry.

Ben is currently serving as one of the pastors at Ada Bible Church in our Group Life Department. Ben has been at the Kentwood Campus for the past 5 years, but is going to begin serving at the Knapp St Campus starting June 1.